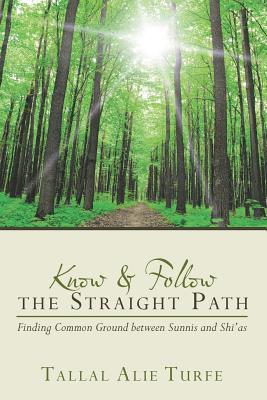 Muslims need a passion for unity. All Muslims believe and follow the Qur'an and Prophet Mohammad and highly respect and admire Imam Ali ibn Abi Talib. Yet despite similar traditions, there is a lack of unity because of an inaccurate understanding of Imam Ali ibn Abi Talib's vision and mission among many Muslims.

In Know and Follow the Straight Path: Finding Common Ground between Sunnis and Shi'as, author Tallal Alie Turfe, a champion of religious tolerance, explores the Qur'an and traditions to find the common ground and common principles between the Islamic schools of thought. He is a strong advocate of intrafaith dialogue that offers the chance for better understanding, collaboration, and partnership among all Muslims. This book is a road map for Muslims to trek the path of truth and certainty in the hope their efforts will lead to a genuine unity as they celebrate their differences as windows of opportunities. As they uproot ignorance with knowledge, they will learn to cooperate with each other.

The pledge to unity must begin within themselves, within their families, within their communities, and with each other. Know and Follow the Straight Path: Finding Common Ground between Sunnis and Shi'as provides the whys and hows necessary to winning that unity.