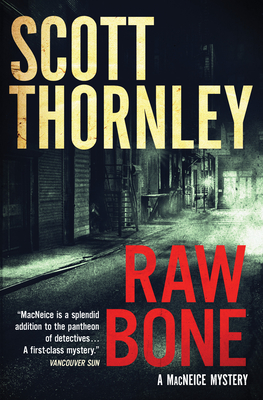 This is book number 3 in the MacNeice Mysteries series.

On a cold morning in early spring, the body of a young woman is found trapped in the ice of Dundurn Bay. The next day at dawn, a homeless man discovers an unconscious school teacher in a public park. Gagged and bound with duct tape, the man is rigged to an elaborate bomb that's been set to blow if anyone attempts to free him.

Detective Superintendent MacNeice and his team are called in to investigate the two seemingly unrelated crimes, and quickly find themselves venturing into the dive bars and rooming houses of Dundurn, where Irish immigrants rub elbows with mercenaries and the city's criminal underclass.