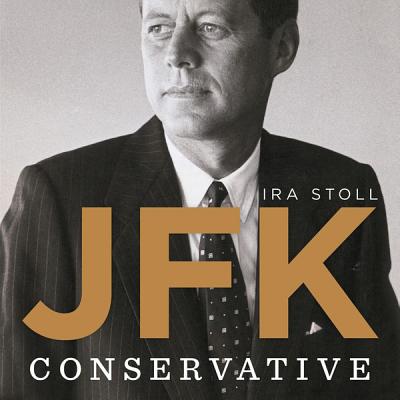 By Ira Stoll, Paul Boehmer (Read by)
$64.95
UNAVAILABLE-Possible Reasons: Backordered, Out-of-Stock, or Out-of-Print (But email us to search for a copy.)

John F. Kennedy is lionized by liberals. He inspired Bill Clinton to go into politics and Lyndon B. Johnson to push for landmark civil rights laws. His champions insist he would have done great liberal things had he not been killed by Lee Harvey Oswald.

But what if we have completely misunderstood him? What if we judge him by the lengthy record of his actual political career? His two great causes were anticommunism and economic growth. His tax cuts, his domestic-spending restraint, his military buildup, his emphasis on free trade and a strong dollar, and his foreign policy all make him, by the standards of both his time and our own, a conservative. Ira Stoll convincingly argues that JFK had more in common with Ronald Reagan than with LBJ. Not every Republican is a true heir to Kennedy, but hardly any Democrats deserve that mantle.

JFK, Conservative is sure to appeal to conservative readers-and will force liberals to reconsider one of their icons.