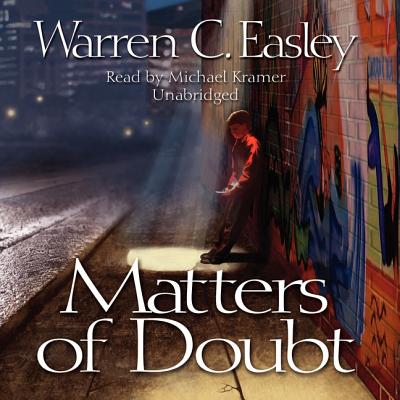 By Warren C. Easley, Poisoned Pen Press (Prologue by), Michael Kramer (Read by)
$76.00
UNAVAILABLE-Possible Reasons: Backordered, Out-of-Stock, or Out-of-Print (But email us to search for a copy.)

Cal Claxton is determined to reinvent himself as a small-town lawyer in the aftermath of his wife's suicide. Once a hard-charging Los Angeles prosecutor, he now lives in solitude in an old farmhouse overlooking Oregon's wine country. When a scruffy, tattooed kid shows up asking for help in solving a cold case-that of his mother's murder-Cal wants to say no. Times are tough, and he's no private eye, anyway. But the kid, who calls himself Picasso, has ridden a bicycle in the rain all the way from Portland, and something about his determination touches Cal.

It turns out that Picasso is homeless, joining the legions of kids who are drawn to Portland's Old Town. He is also a gifted artist in the process of painting a mural on the side of a health clinic run by an idealistic doctor named Anna. Things take an ugly turn when Picasso is charged with the murder of a prominent Portland businessman. The evidence against him is overwhelming, but Cal steps in to defend Picasso at Anna's urging. Suddenly Cal finds himself pitted against the police, the media, and some of Portland's most powerful citizens.

Is Picasso being framed? And if so, is there a connection between the two murders? Cal's desperate search uncovers a dark web of blackmail, deception, and a lineup of suspects from Portland's A-list. As he peels back the layers of truth, he realizes too late that he has put both himself and Anna in the crosshairs of a ruthless killer.