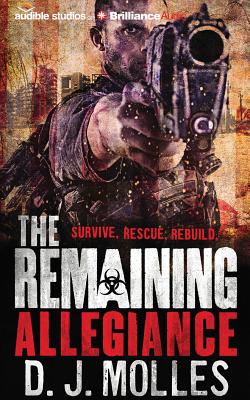 This is book number 5 in the Remaining series.

This is the fifth novel in the action-packed series following Special Forces Captain Lee Harden and a group of survivors struggling to survive while rebuilding an America devastated by a bacterium that has turned 90% of the population into a ravenous horde.

Through an overwhelming storm of pain and adversity Captain Lee Harden has fought and survived. But his mission continues.

Recovering from his wounds, mental and physical, he must rally his companions at Camp Ryder and push back against the still swarming hordes of the infected that threaten to extinguish an already devastated society.