The Muslim Book of Why: What Everyone Should Know about Islam (Hardcover) 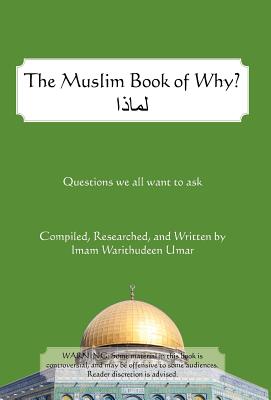 Islam is a very mysterious and complex faith, one of intellectual depth in prayer and practice. It is unfortunate that the teachings of Islam have been marred by centuries of intellectual malaise, political misdirection, extremism, and disunity, leaving many spiritual wanderers-both Muslim and non-Muslim-to ponder a plethora of unaddressed questions about these sacred teachings. In his newest book, The Muslim Book of Why: What Everyone Should Know about Islam, author, scholar, and leading jihad theorist Warithudeen Umar highlights the concept of ijtihad in an attempt to help answer many of today's most pressing questions about Islam.

Ijtihad is described as a creative and disciplined intellectual effort to derive legal rulings from Islamic sources while taking into consideration the variables brought on by the fluctuating circumstances of the Muslim world. Though the world has changed and expanded, humanity's need for these teachings viewed through the clarifying concept of ijtihad has not.

To right these wrongs of gross misguidance within Muslim society, we must deconstruct history in order to discern what went wrong after the revelation of the Qur'an was shared with the world. The Muslim Book of Why seeks to do so, refocusing Muslim thought on a life of faith, family development, and worship.