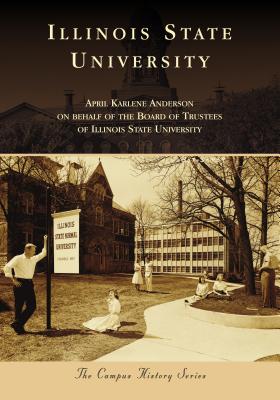 By April Karlene Anderson, The Board of Trustees of Illinois State
$21.99
UNAVAILABLE-Possible Reasons: Backordered, Out-of-Stock, or Out-of-Print (But email us to search for a copy.)

Illinois State University was founded in 1857 as Illinois's first public higher education institution. Initially named Illinois State Normal University (ISNU) due to its mission to train teachers, the university gained early national recognition for its work in developing educational philosophies. One of those philosophies, Herbartianism, was brought to ISNU in the 1890s and was cultivated by some of the profession's leading educators, including Charles DeGarmo, head of modern languages and reading at the university. ISNU celebrated 100 years of service in 1957 and, on January 1, 1964, dropped normal from its name. Now known as Illinois State University, the institution offers over 130 undergraduate and graduate degree programs ranging from the humanities to the sciences and nursing within its six colleges. With an enrollment of over 20,000 students and over 200,000 alumni, Redbird Nation continues to thrive as it moves toward its third century of academic excellence.