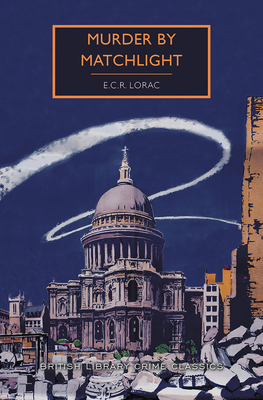 WITH AN INTRODUCTION BY MARTIN EDWARDS

'A man who played about on the fringes of the Black Market, who had fought for Sinn Fein, who lived by his wits - and who finally became dangerous to somebody and was knocked over the head in the blackout. It may prove to be a sordid story, but I certainly find it an interesting one.'

London, 1945. The capital is shrouded in the darkness of the blackout, and mystery abounds in the parks after dusk.

During a stroll through Regent's Park, Bruce Mallaig witnesses two men acting suspiciously around a footbridge. In a matter of moments, one of them has been murdered; Mallaig's view of the assailant but a brief glimpse of a ghastly face in the glow of a struck match.

The murderer's noiseless approach and escape seems to defy all logic, and even the victim's identity is quickly thrown into uncertainty. Lorac's shrewd yet personable C.I.D. man MacDonald must set to work once again to unravel this near-impossible mystery.

E.C.R. LORAC was a pen name of Edith Caroline Rivett (1894-1958) who was a prolific writer of crime fiction from the 1930s to the 1950s, and a member of the prestigious Detection Club. Her books have been almost entirely neglected since her death, but deserve rediscovery as fine examples of classic British crime fiction in its golden age.