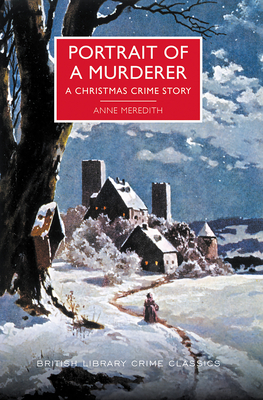 Mystery crime fiction written in the Golden Age of Murder

'Adrian Gray was born in May 1862 and met his death through violence, at the hands of one of his own children, at Christmas, 1931.'

Thus begins a classic crime novel published in 1933 that has been too long neglected--until now. It is a riveting portrait of the psychology of a murderer.

Each December, Adrian Gray invites his extended family to stay at his lonely house, Kings Poplars. None of Gray's six surviving children is fond of him; several have cause to wish him dead. The family gathers on Christmas Eve--and by the following morning, their wish has been granted.

This fascinating and unusual novel tells the story of what happened that dark Christmas night; and what the murderer did next.

ANNE MEREDITH was the pseudonym of Lucy Beatrice Malleson (1899-1973), who is best known as the author of the Arthur Crook series of detective novels published under the name of Anthony Gilbert. She was a highly esteemed writer of crime fiction and a member of the elite Detection Club, but the 'Anne Meredith' books have long been unavailable.