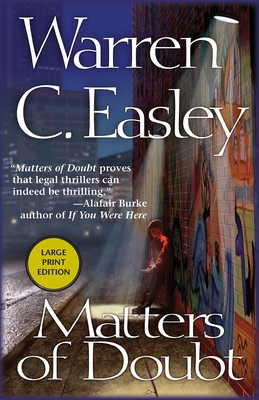 By Warren C. Easley
$22.99
UNAVAILABLE-Possible Reasons: Backordered, Out-of-Stock, or Out-of-Print (But email us to search for a copy.)

Cal Claxton is determined to reinvent himself as a small town lawyer in the aftermath of his wife's suicide. Once a hard-charging L.A. prosecutor, he now lives in an old farmhouse overlooking the Oregon wine country. When a scruffy, tattooed kid shows up asking for help in solving his mother's cold case murder, Cal wants to say no. But the kid, who calls himself Picasso, has ridden a bike from Portland, and something about his determination touches Cal.

It turns out that Picasso is a gifted artist and one of the legions of street kids who are drawn to Portland's Old Town. Cal accepts Picasso as a client, but things quickly take an ugly turn when Picasso is charged with the murder of a major business figure. The evidence is overwhelming. Suddenly Cal finds himself back in the game, pitted against the police, the media, and some of Portland's most powerful citizens.

Formerly a research scientist and international business executive, Warren C. Easley lives in Oregon where he writes fiction, tutors GED students, fly fishes and skis. Easley is the author of the Cal Claxton Oregon Mysteries. He received a Kay Snow National Award for fiction in 2012 and was named the Northwest's Up and Coming Author in 2017, both honors bestowed by Willamette Writers.