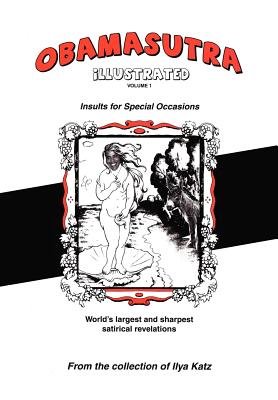 Ilya Katz ran thousands of miles to escape a socialist "paradise" in the former Soviet Union, but he never thought an American president would try to introduce a similar system in his new homeland. Katz believes that President Barack Obama promotes a dangerous leftist policy that rewards the lazy and punishes the middle class and businesses. Responsible rightists everywhere need to take action so that his policies don't continue. In this satire on Obama and his politics, Katz shares his insights on the dangerous path the United States is on. It's not too late to reverse course. The sayings and cartoons in this book will make you laugh, make you angry, and maybe even make you cry. - Obama is our president. That isn't a position-it's a diagnosis. - Our Chief-of-Mischief pinches the balls of the entire population, and soon they will not only sing soprano but will also howl like a wolf. - "We've got a dream ... we've got a dream." Yes, but somehow it turned into a nightmare. Obama, however, does not have a dream; he is already Obama. Join Katz as he battles socialistic idiotism in this first volume of Obamasutra.