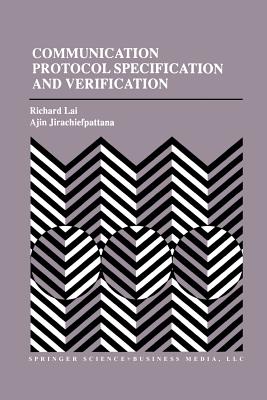 Communication protocols are rules whereby meaningful communication can be exchanged between different communicating entities. In general, they are complex and difficult to design and implement. Specifications of communication protocols written in a natural language (e.g. English) can be unclear or ambiguous, and may be subject to different interpretations. As a result, independent implementations of the same protocol may be incompatible. In addition, the complexity of protocols make them very hard to analyze in an informal way. There is, therefore, a need for precise and unambiguous specification using some formal languages.
Many protocol implementations used in the field have almost suffered from failures, such as deadlocks. When the conditions in which the protocols work correctly have been changed, there has been no general method available for determining how they will work under the new conditions. It is necessary for protocol designers to have techniques and tools to detect errors in the early phase of design, because the later in the process that a fault is discovered, the greater the cost of rectifying it.
Protocol verification is a process of checking whether the interactions of protocol entities, according to the protocol specification, do indeed satisfy certain properties or conditions which may be either general (e.g., absence of deadlock) or specific to the particular protocol system directly derived from the specification.
In the 80s, an ISO (International Organization for Standardization) working group began a programme of work to develop formal languages which were suitable for Open Systems Interconnection (OSI). This group called such languages Formal Description Techniques (FDTs). Some of the objectives of ISO in developing FDTs were: enabling unambiguous, clear and precise descriptions of OSI protocol standards to be written, and allowing such specifications to be verified for correctness. There are two FDTs standardized by ISO: LOTOS and Estelle.
Communication Protocol Specification and Verification is written to address the two issues discussed above: the needs to specify a protocol using an FDT and to verify its correctness in order to uncover specification errors in the early stage of a protocol development process. The readership primarily consists of advanced undergraduate students, postgraduate students, communication software developers, telecommunication engineers, EDP managers, researchers and software engineers. It is intended as an advanced undergraduate or postgraduate textbook, and a reference for communication protocol professionals.