The Big Year: A Tale of Man, Nature, and Fowl Obsession (Paperback) 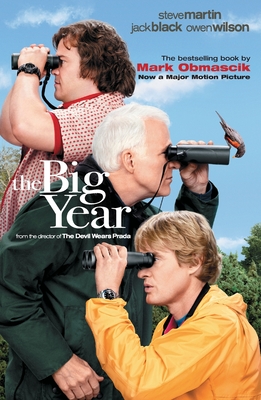 Every January 1, a quirky crowd storms out across North America for a spectacularly competitive event called a Big Year—a grand, expensive, and occasionally vicious 365-day marathon of birdwatching. For three men in particular, 1998 would become a grueling battle for a new North American birding record. Bouncing from coast to coast on frenetic pilgrimages for once-in-a-lifetime rarities, they brave broiling deserts, bug-infested swamps, and some of the lumpiest motel mattresses known to man. This unprecedented year of beat-the-clock adventures ultimately leads one man to a record so gigantic that it is unlikely ever to be bested. Here, prizewinning journalist Mark Obmascik creates a dazzling, fun narrative of the 275,000-mile odyssey of these three obsessives as they fight to win the greatest— or maybe worst—birding contest of all time.

Mark Obmascik is a Pulitzer Prize–winning journalist and bestselling author of The Big Year, which was made into a movie, and Halfway to Heaven. He won the 2009 National Outdoor Book Award for outdoor literature, the 2003 National Press Club Award for environmental journalism, and was the lead writer for the Denver Post team that won the 2000 Pulitzer Prize. He lives in Denver with his wife and their three sons.