By the Hand of Providence: How Faith Shaped the American Revolution (Paperback) 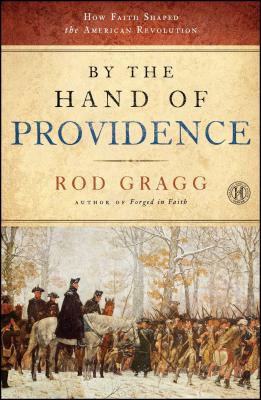 The true drama of how faith motivated America’s Founding Fathers, from the Declaration of Independence to the signing of Britain’s peace treaty.

From the author of Forged in Faith comes the remarkable untold history of how the faith of our fathers critically influenced the outcome of the American Revolution and the birth of the United States of America.

Here, in the fascinating follow-up to his popular work Forged in Faith, award-winning historian Rod Gragg reveals how the American Revolution was fired and fueled by America’s founding faith—the Judeo-Christian worldview. Based on meticulous research and propelled by a fast-paced style, By the Hand of Providence uncovers the extraordinary, almost-forgotten history of the faith-based Revolution that secured American liberty and nationhood.

From the American people’s first resistance to attacks on their God-given or “inalienable” rights, through the dramatic battlefield events of the Revolution and General George Washington’s pivotal faith-based leadership, to the climactic surrender of Cornwallis’s British army at Yorktown, By the Hand of Providence exposes the long-overlooked but critical element that kept alive the American War for Independence and motivated the ultimate victory that established the United States of America.

In the words of George Washington: “The Hand of Providence has been so conspicuous in all this, that he must be worse than an infidel that lacks faith. . . .”

Graced by a fast-paced narrative and based on the extensive research Gragg has so notably applied to other events in American history, By the Hand of Providence is an insightful and fascinating account of the faith-based Revolution that secured American independence and nationhood.

A former journalist, historian Rod Gragg is director of the Center for Military and Veterans Studies at  Coastal Carolina University, where he also serves as an adjunct professor of history.  His works have earned the Fletcher Pratt Award, the James I. Robertson Award and other honors, and have been selected for the Book-of-the-Month Club, the History Book Club and the Military History Book Club.

“By the Hand of Providence skillfully examines the faith-based core beliefs of the revolutionaries—and convincingly refutes the contention that George Washington was an uncommitted Christian or a deist.”

-historian Edward G. Longacre, author of Cavalry of the Heartland and Worthy Opponents


“Fascinating. . . . Gragg shows the decisive importance that Americans of the 1770s and ’80s attributed to the providential intervention of God in the momentous events of the Revolution."

-Dr. Steven Woodworth, author of This Great Struggle: America’s Civil War and While God Is Marching On:


“Rod Gragg has done it again! A page-turner that reads like a novel! I found myself not only wanting to devour the next page, but praying for our nation, ‘O Lord, do it again.’”