Edinburgh's Literary Heritage and How It Changed the World (Paperback) 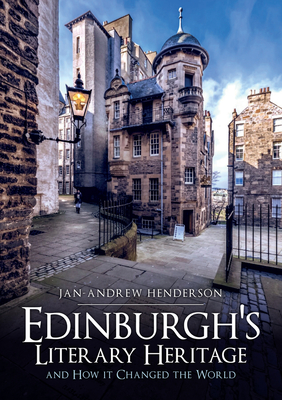 Edinburgh has a literary tradition like no other. In 2004, the capital became the first ever UNESCO City of Literature and its book festival is the largest public celebration of the written word on the planet. But that is merely scratching the surface. For centuries, work written, set and published in the city, or directly influenced by Edinburgh, has changed the face of the world. A Treatise of Human Nature by David Hume, The Wealth of Nations by Adam Smith, The Encyclopaedia Britannica, Dr. Jekyll and Mr. Hyde, Peter Pan, Sherlock Homes and Harry Potter are just a few of the many books and stories that owe their inspiration to Edinburgh or were created in the city and to these could be added the city’s influential literary journals or the other incredible achievements of its authors. Walter Scott, for instance, found the lost Scottish Crown Jewels, invented the historical romance, helped create tartan and turned the highlands into a tourist destination. He is also credited with uniting the highlands and lowlands and kick-starting the American Civil War. This book seeks to redress that. Covering authors, books, journals, ideas, festivals, attractions and landmarks, it tells the fascinating history of Edinburgh’s astonishing literary legacy—as well as being a guide to the locations where that legacy can still be found.

Jan-Andrew Henderson lives in Scotland and runs "City of the Dead" ghost tours, which requires him to look moody and wear black a lot. After living in the U.S. for several years, he returned to Scotland and began writing non-fiction books, children’s novels and young adult thrillers, three of which were recently shortlisted for 13 literary awards, and he is the winner of The Royal Mail Award and the Doncaster Book Prize.