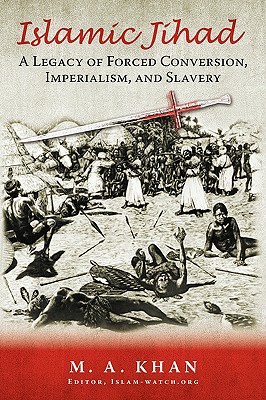 The attacks of September 11, 2001, changed the way the world looks at Islam. And rightfully so, according to M.A. Khan, a former Muslim who left the religion after realizing that it is based on forced conversion, imperialism, and slavery: the primary demands of Jihad, commanded by the Islamic God Allah.

In this groundbreaking book, Khan demonstrates that Prophet Muhammad meticulously followed these misguided principles and established the ideal template of Islamic Jihad for his future followers to pursue, and that Muslims have been perpetuating the cardinal principles of Jihad ever since.

Find out the true nature of Islam, particularly its doctrine of Jihad, and what it means to the modern world, and also learn about

The commands of Allah are perpetual in nature, so are the actions of Prophet Muhammad. Jihad has been the way to win converts to Islam since its birth fourteen centuries ago, and it won't change anytime soon. Find out why in Islamic Jihad.