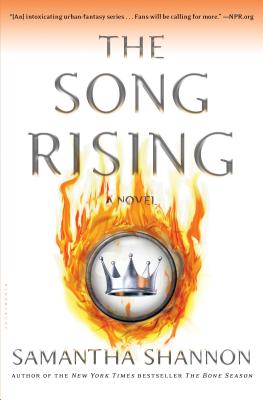 By Samantha Shannon
UNAVAILABLE AT THIS TIME (Possible reasons: Backordered, Out-of-Stock Indefinitely, or Print-on-Demand only)
Backordered

Samantha Shannon was born in West London in 1991. She started writing at the age of fifteen and studied English language and literature at St. Anne's College, Oxford. The Bone Season, the first in a seven-book series, was a New York Times bestseller and the inaugural Today Book Club selection, and was named one of Amazon's Best Books of the Year. Film rights were acquired by the Imaginarium Studios and 20th Century Fox. The Mime Order, the second in the series, was also a New York Times bestseller. Her work has been translated into twenty-eight languages.@say_shannonwww.theboneseason.com