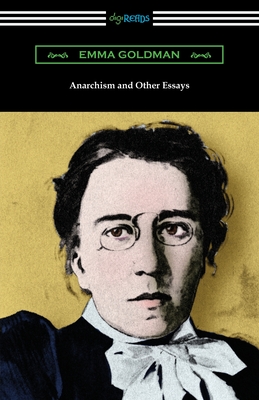 Lithuanian born anarchist Emma Goldman emigrated to the United States at the age of sixteen. She first became attracted to anarchism following the Haymarket affair of 1886, a massacre in which seven police officers and an unknown number of civilians were killed during a march of striking Chicago workers. Eight anarchists were subsequently tried for murder. In the early part of the 20th century Emma Goldman would become one the most ardent supporters of the anarchist philosophy, advocating it through lectures and writings, and even in helping to plan, with her lover Alexander Berkman, a failed assassination of wealthy financier Henry Clay Frick. In 1906 Goldman founded the anarchist journal "Mother Earth". "Anarchism and Other Essays" is a collection of essays first published in that journal and later published together as a book in 1911. In these twelve essays we find a representative collection of Goldman's political philosophy, including her view of what anarchism stands for, the psychology of political violence, feminism and women's rights, the injustice of the prison system, and other opinions on art, education, sexuality, religion, and patriotism. This edition is printed on premium acid-free paper.