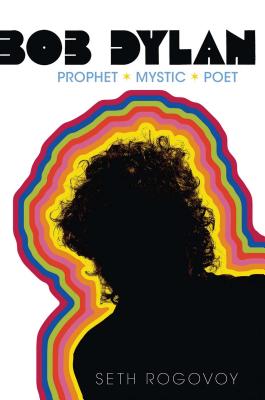 In Bob Dylan: Prophet, Mystic, Poet, Seth Rogovoy, an award-winning critic and expert on Jewish music, rectifies that oversight, presenting a fascinating new look at one of the most celebrated musicians of all time. Rogovoy unearths the various strands of Judaism that appear throughout Bob Dylan's songs, revealing the ways in which Dylan walks in the footsteps of the Jewish Prophets. Rogovoy explains the profound depth of Jewish content—drawn from the Bible, the Talmud, and the Kabbalah—at the heart of Dylan's music, and demonstrates how his songs can only be fully appreciated in light of Dylan's relationship to Judaism and the Jewish themes that inform them. From his childhood growing up the son of Abe and Beatty Zimmerman, who were at the center of the small Jewish community in his hometown of Hibbing, Minnesota, to his frequent visits to Israel and involvement with the Orthodox Jewish outreach movement Chabad, Judaism has permeated Dylan's everyday life and work. Early songs like "Blowin' in the Wind" derive central imagery from passages in the books of Ezekiel and Isaiah; mid-career numbers like "Forever Young" are infused with themes from the Bible, Jewish liturgy, and Kabbalah; while late-period efforts have revealed a mind shaped by Jewish concepts of Creation and redemption. In this context, even Dylan's so-called born-again period is seen as a logical, almost inevitable development in his growth as a man and artist wrestling with the burden and inheritance of the Jewish prophetic tradition. Bob Dylan: Prophet, Mystic, Poet is a fresh and illuminating look at one of America's most renowned—and one of its most enigmatic—talents.

Seth Rogovoy is an award-winning music critic, radio commentator, musician, and author of The Essential Klezmer: A Music Lover’s Guide to Jewish Roots and Soul Music (Algonquin Books, 2000). His writing has appeared in Newsday, Haaretz, the Boston Phoenix, Hadassah Magazine, the Forward, and on the web at the Rogovoy Report (www.rogovoy.com). He lives in Great Barrington, Massachusetts, where he is editor-in-chief of Berkshire Living magazine. His grandparents were from Russia, and he has blue eyes.

"Of all the influences resulting in the genius of Bob Dylan’s music, far too little attention has been paid to Dylan’s Jewish heritage. Seth Rogovoy corrects that deficiency by deftly weaving together his love of Dylanology with his love of Judaism."

"Seth Rogovoy proves that he is not only a master of Dylan’s music and life journey, but most significantly, of the whole idea of prophecy. Rogovoy’s Dylan stays true to his core vision through an era that would have tested Isaiah. In the clarity of his own vision, Rogovoy’s Bob Dylan: Prophet, Mystic, Poet stands with Maimonides’ Guide for the Perplexed, and Greil Marcus’ The Shape of Things to Come. Few books make that distinguished cut. This one does. It is required reading for those who seek to understand not only Dylan, but the meaning of their own life. This is serious stuff. It’s also a pleasure to read. Each page is a ride with music all its own."

“Even after almost fifty years, the language of Bob Dylan’s songs remains full of uncharted territory. Seth Rogovoy is uniquely qualified to examine the connections between Dylan’s songwriting and the Jewish liturgy, and Prophet, Mystic, Poet helps fill in one more piece of an endless and endlessly fascinating puzzle.”

"A book to add to the shelf of your Bob Dylan library -- Seth Rogovoy offers a unique perspective that examines Bob Dylan within the spectrum of Jewish religious history, but is never scholarly or pedantic. It's an entertaining read, with fresh anecdotes (at least to me they were!). Mr. Rogovoy culls images from religious texts and matches them with Bob Dylan's lyrics; he also points out when the lyrics preceded the events that they would seem to be about, suggesting that Bob Dylan is in fact a prophet, included in the lineage of Jewish Prophets. I enjoyed this book very much and found it thought-provoking." -- Suzanne Vega

"A bold attempt to explain why Dylan so often sounds like my zeyde." -- Michael Wex, author of Born to Kvetch and How to Be a Mentsh (and Not a Shmuck)