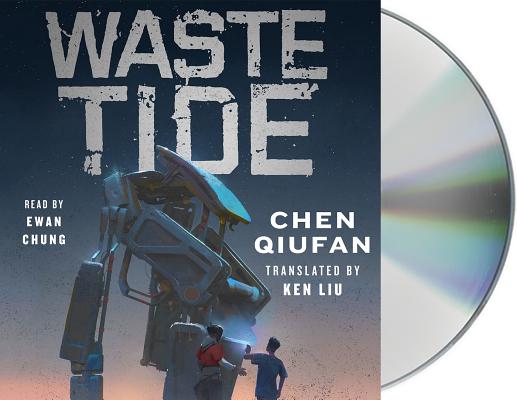 Mimi is a 'waste girl.’ A member of the lowest caste on Silicon Isle, located off China’s southeastern coast, and home to the world’s largest electronic waste recycling center. There, thousands of miles from home, Mimi struggles to earn a living for her family and dreams of a better life.

Luo Jincheng is the head of one of three clans who run the island, a role passed down from his father and grandfather before him. As the government enforces tighter restrictions, Luo in turn tightens the reins on the waste workers in his employ. Ruthlessness is his means of survival.

Scott Brandle has come to Silicon Isle representing TerraGreen Recycling, an American corporation that stands to earn ungodly sums if they can reach a deal to modernize the island’s recycling process.

Chen Kaizong, a Chinese American, travels to Silicon Isle as Scott’s interpreter. There, Kaizong is hoping to find his heritage, but finds only more questions. The home he longs for may not exist.

As these forces collide, a dark futuristic virus is unleashed on the island. Against the backdrop of a gritty near-future Chinese landscape, in a world of body modifications and virtual reality, a war erupts -- between the rich and the poor; between ancient traditions and modern ambition; between humanity’s past and its future.

Chen Qiufan is an award-winning science fiction writer. He grew up near Guiyu, China, home to the world’s largest e-waste recycling center, an area the UN called an “environmental calamity.” His experiences there inspired the Waste Tide. He currently lives in Shanghai and Beijing and works as the founder of Thema Mundi Studio.

Ken Liu’s fiction has appeared in F&SF, Asimov’s, Analog, Strange Horizons, Lightspeed, and Clarkesworld, among other places. He is the author of The Grace of Kings, and has won a Nebula, two Hugos, a World Fantasy Award, and a Science Fiction & Fantasy Translation Award, and been nominated for the Sturgeon and the Locus Awards. He edited and translated the Chinese science fiction anthology Invisible Planets. He lives near Boston with his family.