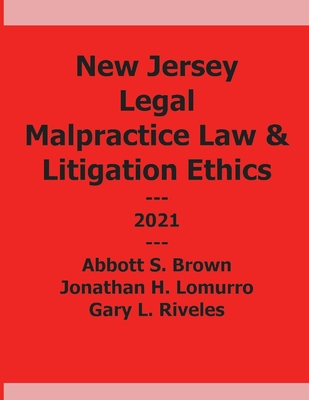 By Abbott Brown, Jonathan Lomurro, Gary Riveles
$219.00
UNAVAILABLE-Possible Reasons: Backordered, Out-of-Stock, or Out-of-Print (But email us to search for a copy.)

he granting of a license to practice law confers privileges, and imposes responsibilities, obligations, and rules of conduct that are unique to the members of the Bar. "The practice of law is a profession, not a business. An attorney is not merely a hired gun, but, rather, a professional required to act with candor and honesty." Justice Vanderbilt observed that lawyers are held to the highest standard of ethics, and an attorney must be honest dealing with the Courts, the Bar, clients, and the public. "In addition to the duties and obligations of an attorney to his client, he is responsible to the courts, to the profession of the law, and to the public... He is bound even in the absence of the attorney client relation to a more rigid standard of conduct than required of laymen." It is perhaps for this reason the practice of law is regulated by the Rules of Professional Conduct, a unique code of conduct with core values of honesty and respect for the rights of all. The New Jersey Supreme Court has stated that the RPCs "shall govern the conduct of the members of the bar." The RPCs are so intertwined with the practice of law that the RPCs often are evidence of the standard of care.
The practice of law exposes lawyers to potential conflicts of interest and obligations of confidentiality that are also unique to our profession. It is with these thoughts in mind that we address the issues lawyers must resolve in order to fulfill their obligations to clients, Courts, the legal profession and the public. We hope that this text will help the Bar successfully navigate the minefields that sometimes are encountered in the practice of law.