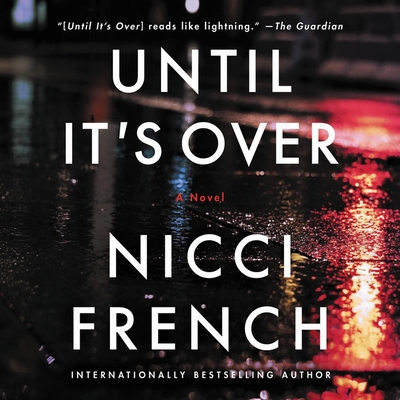 By Nicci French, Natalie Britton (Read by)
$39.99
UNAVAILABLE-Possible Reasons: Backordered, Out-of-Stock, or Out-of-Print (But email us to search for a copy.)

From the internationally bestselling author of the Frieda Klein series, Nicci French, comes this steamy and suspenseful stand-alone thriller about a group of housemates who must determine the killer among them when a series of murders occur.

Be careful of the ones closest to you...

London cycle courier Astrid Bell has known most of her housemates for years, but while they have a tangled history together--romantic pairings, one-night stands, friendships--they each have secrets. Astrid is on her way home one day when her neighbor accidentally knocks her off her bike. Suffering a few bruises, her roommates help her home. The next day, they learn that same neighbor was bludgeoned to death only hours after the accident. Each of them tells the police what little they know and are dismissed. Then a few days later, Astrid is asked to pick up a package from a wealthy woman called Ingrid de Soto. When she arrives, the client is lying in the hall of her luxurious home--and it's apparent she's also been murdered.

For the police, it's more than bad luck. For Astrid and her six housemates, it's the beginning of a nightmare: suspicious glances, bitter accusations, and a growing fear that the worst is yet to come.

As the difference between friend and stranger grows harder to judge, the line between attraction and danger thins. The housemates--unsure if there's a killer in their midst--guard themselves against becoming the next victim. Because if it's true that bad luck comes in threes--who will be the next to die?