Avatar: The Last Airbender: The Rise of Kyoshi (MP3 CD) 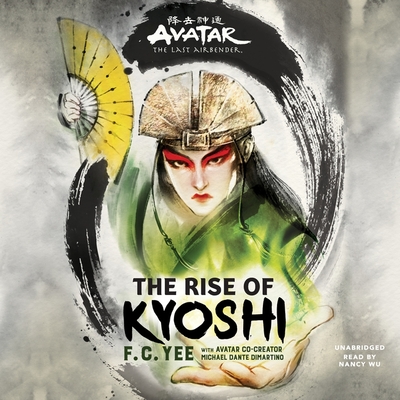 By F. C. Yee, Michael Dante DiMartino (Contribution by), Nancy Wu (Read by)
UNAVAILABLE AT THIS TIME (Possible reasons: Backordered, Out-of-Stock Indefinitely, or Print-on-Demand only)
OUT OF PRINT

From the world of Avatar: The Last Airbender comes a YA novel starring Avatar Kyoshi.

﻿After years of searching for the next Avatar, the four nations have found peace with Avatar Yun--until Kyoshi, Yun's friend and servant, demonstrates remarkable bending abilities herself. With the identity of the true Avatar at stake, Kyoshi and her fiery friend Rangi flee the Avatar mansion and find supporters in the daofei--outlaws living in the shadows of the Earth Kingdom. But while Kyoshi, Rangi, and their daofei friends face off against underworld rivals, those who seek to control the Avatar draw close.

This thrilling first installment maps Kyoshi's journey from a girl of humble origins to the merciless pursuer of justice destined to become a legend in the world of Avatar.