Harvest the Vote: How Democrats Can Win Again in Rural America (Compact Disc) 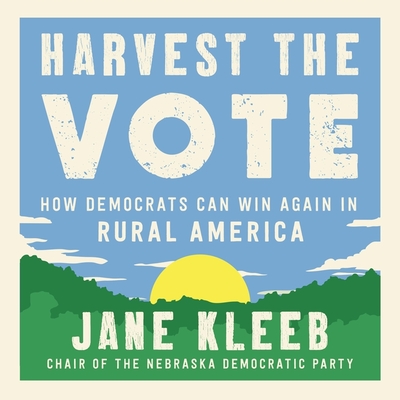 By Jane Kleeb (Read by)
$29.99
UNAVAILABLE-Possible Reasons: Backordered, Out-of-Stock, or Out-of-Print (But email us to search for a copy.)

From Democratic Party rising star Jane Kleeb, an urgent and stirring road map showing how the Democratic Party can, and should, engage rural AmericaThe Democratic Party has lost an entire generation of rural voters. By focusing the majority of their message and resources on urban and coastal voters, Democrats have sacrificed entire regions of the country where there is more common ground and shared values than what appears on the surface.

In Harvest the Vote, Jane Kleeb, chair of Nebraska's Democratic Party and founder of Bold Nebraska, brings us a lively and sweeping argument for why the Democrats shouldn't turn away from rural America. As a party leader and longtime activist, Kleeb speaks from experience. She's been fighting the national party for more resources and building a grassroots movement to flex the power of a voting bloc that has long been ignored and forgotten.