Bring Me The Head Of Philip K. Dick's Simulacrum (Paperback) 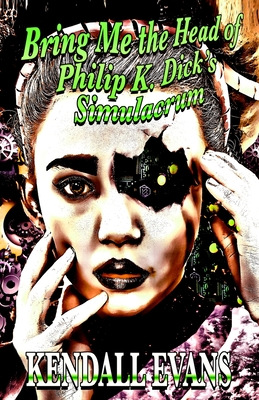 Philip K. Dick died in March of 1982. After his death, Hanson Robotics created a robot in the likeness of the author. It was one of the most advanced of its time, programmed to respond to questions and capable of quoting at length from the author's works. It was a fairly sophisticated artificial intelligence. It wouldn't pass a Turing Test. Many of its responses seemed random or non sequitur. It tended to make statements or offer quotations totally out of context. But it was extremely well-received at the NextFest Fair; one of the most popular exhibits in the event. Later on, the robot was on a flight from Dallas to San Francisco for another demonstration. But there was a stopover in Las Vegas and an unexpected flight change; the android's head was forgotten, and left in an overhead luggage compartment.

It hasn't been seen since. But now Hanson Robotics wants it back. And they will go to any lengths to regain it.