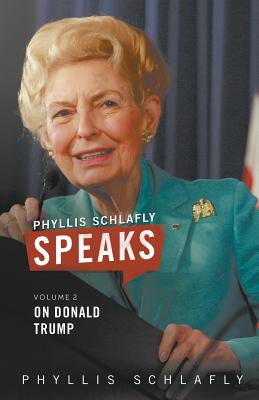 Phyllis Schlafly's endorsement of Trump received massive local and national media coverage. It set off a firestorm in Trump opponents' campaigns as they rushed to stop the movement of conservatives to Trump. Four days after Phyllis Schlafly's endorsement, Trump won the Missouri Republican Party beating favorite Ted Cruz by just 1,965 votes out of nearly 1 million cast. Trump went on to win the nomination.

Before Phyllis endorsed Trump in downtown St. Louis, they met privately for what was a joy-filled meeting. Trump thanked her for her support. Phyllis sought his support for the conservative Republican platform which he gave. She also asked him to consider only pro-life judges in the mold of Justice Scalia and Trump agreed. Trump closed the meeting by saying he would not let her down.

"Phyllis Schlafly is a conservative icon who led millions to action, reshaped the conservative movement, and fearlessly battled globalism and the 'kingmakers' on behalf of America's workers and families. I was honored to spend time with her during the campaign as she waged one more great battle for national sovereignty. She was a patriot, a champion for women, and a symbol of strength. She fought every day, right to the end, for America First. Her legacy will live on in the movement she led and the millions she inspired." - Donald J. Trump