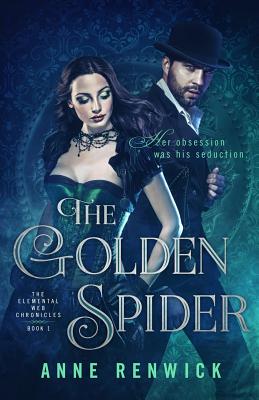 A stolen clockwork spider. A forbidden romance. A murderous spy on the streets of London who must be stopped before it's too late.

Lady Amanda is tired of having both her intelligence and her work dismissed. After blackmailing her way into medical school, she catches the eye of her anatomy professor from the moment she walks into his lecture hall. Is he interested in her? Or only her invention-a clockwork spider that can spin artificial nerves?

Lord Thornton, a prominent neurobiologist, has been betrayed. Secret government technology has been stolen from his laboratory, and a foreign spy is attempting to perfect it via a grisly procedure... using gypsies as test subjects. The last thing he needs is the distraction of a beautiful-and brilliant-new student, even if her spider could heal a deteriorating personal injury.

Until her device is stolen and used in the latest murder. Lord Thornton has no option but to bring her into his laboratory as well as the investigation where they must fight their growing, yet forbidden, attraction. Bodies accumulate and fragile bonds are tested as they race across London, trying to catch the spy before it's too late.

Steampunk adventure wrapped around a romance and threaded with biotechnology. Join USA Today bestselling author, Anne Renwick, as she takes you back into an alternate past.