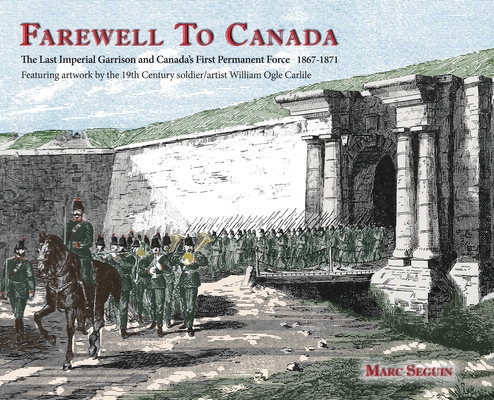 Farewell To Canada presents a unique, visual perspective on the end of an era of British Imperial history. Between 1867 and 1871, the soldier/artist William Ogle Carlile of Britain's Royal Regiment of Artillery graphically documented a time when a new country, the Dominion of Canada, faced the threat of invasion from the United States of America. At the same time, the British Army was about to leave the defence of the young nation in the hands of the Canadian Militia and a newly raised permanent force.

The paintings, drawings and cartoon sketches of Lieutenant Carlile were published in news magazines of the day and in his own book of recollections of his years in Canada. For the first time, more than thirty of Carlile's works have been collected together here and serve as witness to a time during which Canada took the first tentative steps toward complete military self-sufficiency on her long path toward greater independence from Great Britain and the British Empire.