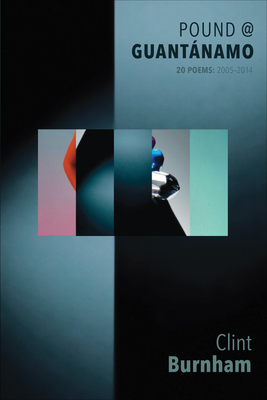 By Clint Burnham
$17.95
UNAVAILABLE-Possible Reasons: Backordered, Out-of-Stock, or Out-of-Print (But email us to search for a copy.)

Throughout these poems is a meeting of obscene or politically charged material, as well as commentary on language usage under extreme circumstances of duress such as the Arab Spring. This is poetry written in conditions of wartime. The title implies an analogy between Ezra Pound, imprisoned at Pisa after World War II, and the inhabitants of the military or CIA prisons at Guant namo Bay. Poems cross the page or are more architectural, in tight columns, or curve like a cyberpunk office tower. Entire continents are leaped across in a line or two: "from Burquitlam Plaza to Redondo Beach metro stop/Bush with Burqas for the B.U." but written in a city where bus drivers fix their trolley lines, and Squamish is a place you drive to, in your imagination, during a job interview conducted over the phone. Place, in this poetry, is both a name (but whose name? the colonizer? First Nation? mall developer?) and a root grows in one's popular culture as the only way to recognize the war machine ("why cadence weapon left Friendster/why the Flava Flav transformer twins're buck-toothed"). A final word on style: Burnham's language is compressed like an MP3 file (one of the worst music files, notoriously).

Clint Burnham is the author of book-length studies of Steve McCaffery and Fredric Jameson, a novel titled Smoke Show (2005) and several books of poetry. His latest book of poetry, The Benjamin Sonnets, was published in 2009. Clint has written on art in fillip, Flash Art, Camera Austria, Vancouver Sun, Canadian Art, Artforum, and Globe and Mail, and he currently blogs at momus.ca. He co-edited the art catalogue Digital Natives with Lorna Brown, From Text to Texting with Paul Budra, and an issue of Canadian Literature on 21st century poetics with Christine Stewart; his most recent critical book is The Only Poetry that Matters: Reading the Kootenay School of Writing. His most recent art writing includes a catalogue essay on Canadian photographer Kelly Wood, a contribution to the For Machine Use Only exhibition catalogue at the Schneiderei Galerie (Vienna), and an essay for the Future of Memory exhibition at the Kunsthalle Wien; a catalogue essay is also forthcoming for the Vancouver photographer Henri Robideau's retrospective at the grunt gallery, and an essay on Edward Burtynsky is in the forthcoming Petrocultures collection from McGill-Queens. Burnham is an associate member of the SFU Department of Geography and a member of SFU's Centre for Global Political Economy. During his sabbatical in 2014-15, Prof. Burnham completed a residency at the Urban Subjects Collective in Vienna, where he wrote books on Slavoj Zizek and digital culture, and on Fredric Jameson and Wolf of Wall Street. Clint is a founding member of the Vancouver Lacan Salon, and can be followed on twitter @Prof_Clinty.