My TWP Plays: A Collection Including Ten Lost Years (Paperback) 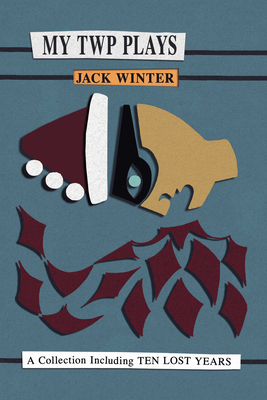 By Jack Winter, Bruce Barton (Introduction by)
$24.95
UNAVAILABLE-Possible Reasons: Backordered, Out-of-Stock, or Out-of-Print (But email us to search for a copy.)

My TWP Plays presents five important plays written by Jack Winter while he was resident playwright at Toronto Workshop Productions, one of the first great troupes of the experimental and alternative theatre movement. The carnivalesque style of the selected works in this anthology reflects the turbulence, contradictions, and subversion of the social revolution during which they were written and first produced, as well as the cultural politics at a time when Canadian artists were investigating new, noncolonial, and distinctly Canadian forms of expression that would define the nation and challenge received artistic styles and practices. Extensive notes by the playwright and a foreword by the director and dramaturge Bruce Barton (University of Toronto) illuminate an important two-decade period in the evolution of contemporary Canadian theatre, while providing glimpses of the artistic conditions, the cultural environment, and the personal circumstances within which the works were created. Before Compi gne (1963) wildly imagines Joan of Arc's final days. The Mechanic (1964) and its experiments in form and staging offer a contemporary take on Moli re and the commedia dell'arte. The Death of Woyzeck (1965) dismantles, reconstructs, and rewrites Georg B chner's famous fragmentary original of 1837. Ten Lost Years (1974) presents a highly theatricalized full-length dramatization of Barry Broadfoot's collected interviews with Canadian survivors of the Great Depression. You Can't Get Here from There (1975) examines Canada's complicity in the 1973 overthrow of Chilean president Salvador Allende.

Born in Canada, Jack Winter attended McGill University followed by the University of Toronto for a PhD in English literature. From there he held many university teaching positions in English literature, modern theater, and creative writing across Canada. From 1961 to 1967 he was resident playwright at Toronto Workshop Productions (Toronto, Ontario) where he wrote six stage plays: Hey Rube! (1961), They'll Make Peace (1962), Before Compiegne (1963), The Mechanic (1964), The Death of Woyzeck (1965), and The Golem of Venice (1967). For his second tenure (1974-76) he was resident playwright at Toronto Workshop Productions where he wrote five more stage plays: Mr. Pickwick (1972) Letters from the Earth (1973), Ten Lost Years (1974), You Can't Get Here from There (1975), and Summer Seventy-Six (or Olympics '76) (1976). His work has been broadcast around the globe on Canadian Broadcasting Corporation, the British Broadcasting Corporation, the Australian Broadcasting Corporation, and DeutschlandRadio. His stage plays have been published and distributed by the Playwrights Union of Canada. In addition, he has published Party Day (Playwrights' Co-op); Ten Lost Years in Canadian Theatre Review and in The CTR Anthology (University of Toronto Press); five books of poetry: Scales (McGill University), The Island (Fiddlehead Press), Misplaced Persons (Peterloo Poets), The Ballad of Bladud (Bath City Press), and Nomad's Land (Bath City Press); a literary memoir The Tallis Bag (Oberon Press); and an anthology My TWP Plays (Talonbooks). His poems, plays, fiction, and articles have been published and featured in magazines and newspapers around the world, including the Globe and Mail, Toronto Telegram, Performing Arts In Canada, Canadian Jewish Outlook, The Guardian, The Observer, Poetry Scotland, Canadian Literature, and Poetry Review. His many awards and recognition for his work include the Toronto Telegram Theatre Award for Best New Canadian Play; the Canadian Film Award (Golden Etrog: Genie) for Best Documentary Film; an Academy Award nomination (Oscar) for Best Short Subject (Hollywood, California); the Visiting Writer's Fellowship of the Eastern Arts Association; and The Arts Council of Great Britain Creative Writing Fellowship He currently resides in Brighton and Hove, England.