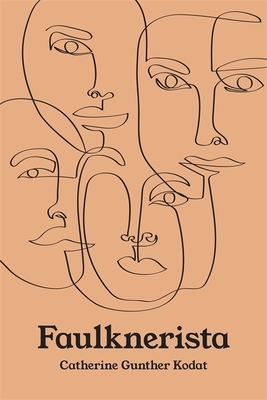 Faulknerista collects more than twenty years of critically influential scholarship by Catherine Gunther Kodat on the writings of one of the most important American authors of the twentieth century, William Faulkner. Initially composed as freestanding essays and now updated and revised, the book's nine chapters place Faulkner's work in the context of current debates concerning the politics of white authors who write about race, queer sexualities, and the use of the N-word in literature and popular culture. The Faulknerista of the title is a critic who tackles these debates without fear or favor, balancing admiration with skepticism in a manner that establishes a new model for single-author scholarship that is both historically grounded (for women have been writing about Faulkner, and talking back to him, since the beginning of his career) and urgently contemporary.

Beginning with an introduction that argues for the critical importance of women's engagement with Faulkner's fiction, through comparative discussions pairing it with works by Toni Morrison, Jean-Luc Godard, Quentin Tarantino, and David Simon, Faulknerista offers a valuable resource for students, scholars, and general readers, written in an accessible style and aimed at stimulating discussions of Faulkner's work and the rich interpretive challenges it continues to present.

Catherine Gunther Kodat is the author of Don't Act, Just Dance: The Metapolitics of Cold War Culture. A member of the faculty at Hamilton College for nearly twenty years, she has held senior administrative posts at the University of the Arts, Lewis & Clark College, and Lawrence University of Wisconsin.