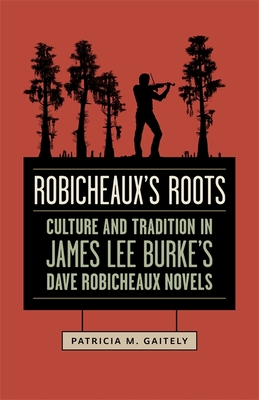 James Lee Burke developed the character of Cajun detective Dave Robicheaux through twenty mystery novels published over three decades. Despite readers' increasing interest in Detective Robicheaux, his habits and preferences originate from a culture still unfamiliar to many of the books' fans. In Robicheaux's Roots, Patricia M. Gaitely explores the music, food, language, and folklore of southwest Louisiana and illuminates the cultural sources that Burke incorporated into this gripping series.


Part of Robicheaux's appeal, Gaitely shows, rests in his connection to his hometown of New Iberia, with its faults, charm, and reliance on the old ways. Multiple cultural strands coexist in this region, including Creole and Cajun French dialect; African American folk sayings; swamp pop, zydeco, and blues music; and voodoo, Catholicism, evangelicalism, and faith healing. These aspects of Cajun life weave throughout Robicheaux's world. The commingling of so many traditions provides multiple meanings for even the most common encounters--water can be both natural element and medium between living and dead; and gumbo, jambalaya, and crawfish may represent more than simply regional foods. Additionally, Gaitely demonstrates that beneath the pleasant veneer of southern hospitality, a persistent legacy of violence and vengeance leaves a lasting mark on the lives of Robicheaux and the other characters.
Robicheaux's Roots reveals how elements of south Louisiana's culture signal a sense of belonging but also recall the area's history of isolation. As a result, readers gain a deeper understanding of Robicheaux himself and an enhanced appreciation for Burke's acclaimed series.