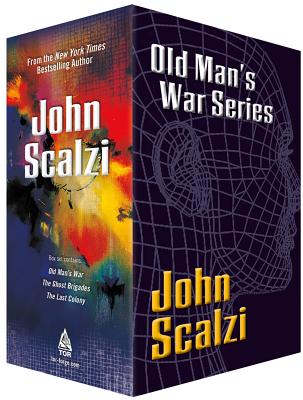 Earth itself is a backwater. The bulk of humanity's resources are in the hands of the Colonial Defense Force, which shields the home planet from too much knowledge of the situation. What's known to everybody is that when you reach retirement age, you can join the CDF. They don't want young people; they want people who carry the knowledge and skills of decades of living.

John Perry did two things on his 75th birthday. First he visited his wife's grave. Then he joined the army, with only the vaguest idea what to expect. Because the actual fight is far more difficult than he can imagine—and what he will become is far stranger.

At first, Jared is a perfect soldier, but as another man's memories slowly surface, Jared begins to intuit the reasons for their betrayal. Time is running out: The alliance is preparing its offensive, and some of them plan worse things than humanity's mere military defeat.

Retired from his fighting days, John Perry and his wife, Jane, are pulled back into the political arena, and into the thick of interstellar politics, betrayal, and war.

“Gripping and surpassingly original. It's Starship Troopers without the lectures. It's The Forever War with better sex. It's funny, it's sad, and it's true.” —Cory Doctorow on Old Man's War

“Scalzi has a finely tuned sense of balance between personal drama and the 'big picture. Highly recommended.'” —Library Journal, starred review on The Ghost Brigades?