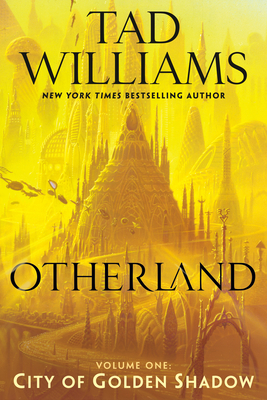 Now in trade paperback, the first book in the classic cyberpunk fantasy series

“Tad Williams is the brightest and best of the fantasists.” ―Neil Gaiman, author of American Gods

Otherland. Surrounded by secrecy, it is home to the wildest dreams and darkest nightmares. Incredible amounts of money have been lavished on it. The best minds of two generations have labored to build it. And somehow, bit by bit, it is claiming the Earth's most valuable resource—its children.

Only a few have become aware of the danger. Fewer still are willing or able to take up the challenge of this perilous and seductive realm. But every age has its heroes, and unusual times call for unusual champions:

Renie Sulaweyo, a teacher and the backbone of her family, proud of her African heritage, has fought all her life simply to get by. She has never wanted to be a hero. But when her young brother is struck down by a bizarre and mysterious illness, Renie swears to save him. When people around her begin to die, she realizes she has stumbled onto something she is not meant to know, a terrifying secret from which there is no turning back.

!Xabbu is a Bushman, come to the city to learn skills which may save the spirit of his tribe. With the heart of a poet and the soul of a shaman, he will journey with Renie on this quest into the very heart of darkness.

Paul Jonas is lost, seemingly adrift in space and time. As he flees from the bloody battlefields of World War I to a castle in the sky, and onward to lands beyond imagining, he must not only evade his terrifying pursuers, but solve the terrible riddle of his own identity.

Fourteen-year-old Orlando is also the invincible barbarian Thargorm, but only in his imagination. However, youth and frailty are not enough to get you excused from saving the world.

And Mister Sellars, a strange old man on a military base, a prisoner of both the government and his own body, may be the greatest mystery of all. Is he part of The Grail Brotherhood? Does he oppose them? Or, as he sits like a spider at the center of a vast web, does he have ambitions of his own?

The answers will only be found in Otherland.

Tad Williams is a California-based fantasy superstar. His genre-creating (and genre-busting) books have sold tens of millions worldwide. His works include the worlds of Otherland, Shadowmarch, and Osten Ard—including the Memory, Sorrow, and Thorn, and The Last King of Osten Ard series—as well as standalone novels Tailchaser’s Song and The War of the Flowers. His considerable output of epic fantasy, science fiction, urban fantasy, comics, and more have strongly influenced a generation of writers. Tad and his family live in the Santa Cruz mountains in a suitably strange and beautiful house.

Praise for the Otherland series:

“Tad Williams is the brightest and best of the fantasists working in what is so often, and so inaccurately, described as ‘the tradition of J.R.R. Tolkien’.” ―Neil Gaiman, author of American Gods

“Irresistible characters, challenging ideas, an intricate, and startlingly possible plot―everything any reader of SF or fantasy could ask for in a novel, with gorgeous writing besides. A dazzling book.” ―Melanie Rawn, author of Dragon Prince

“This brilliantly crafted book delivers even more than its title promises: not one other land but many come to life here, each engrossing, glittering, and dangerous. In this intricate geography of the mind Williams tells a cracking good story, but even as the suspense builds, you come to realize that you’re seeing a strangely familiar world―ours as it might come to be. Otherland is one of the best works of science fiction I’ve ever read.” ―Katharine Kerr, author of the Dragon Mage series

“On an epic scale, and most impressive of all (1996’s SF novels), is Otherland, a big colorful novel full of real-world conspiracy and virtual reality wonders, with characters worth caring about.” ―Locus

“Otherland has sparked a phenomenon, drawing even fans who don’t normally read science fiction with a mix of futurism, fantasy, and social criticism.” ―Metro Santa Cruz

“A wonderful mixture of visual imagery and movement…once again Tad Williams paints us a picture so vivid and real that it becomes three dimensional. Highly recommended…” ―Absolute Magnitude

“Tad Williams proves himself as adept at writing science fiction as he is at writing fantasy. Best of all, however, are Williams’s well-drawn sympathetic characters.” ―Publishers Weekly