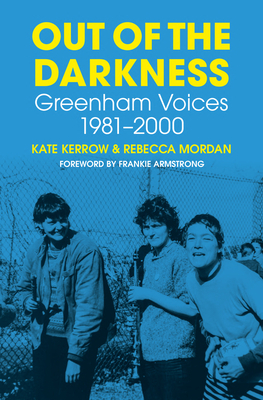 By Kate Kerrow, Rebecca Mordan, Frankie Armstrong (Foreword by)
$34.95
UNAVAILABLE-Possible Reasons: Backordered, Out-of-Stock, or Out-of-Print (But email us to search for a copy.)

What is a Greenham woman? Any damn woman who wishes to call herself one.

‘What d’you need more atom bombs for?
You got enough bombs to kill us all ten times
Yet still you keep asking for more.’

In 1981, a group of women marched from Cardiff to the Greenham Common RAF base in Newbury to protest the siting of US nuclear missiles on British soil. Gradually joined by women from all over the world, they formed what became the Greenham Common Women’s Peace Camp. They stayed there for almost twenty years, in what would become the largest, most effective woman-led protest since the Suffrage campaign – and they would radicalize a generation.

Out of the Darkness reunites the trailblazing women of Greenham to share their intimate recollections of the highs and lows of camp life, explore how they organized, and uncover the clever, non-violent ways they challenged military, police and cultural forces, all in the name of peace. Whether freeing MoD geese or dancing on silos, whether composing songs to put their cases across in court or kissing in the face of advancing police, this is the story of the power of creativity, wit and courage, and the sisterhood the Greenham women created.

Today, as our planet suffers increased threats from nuclear proliferation and environmental strain, this book celebrates the Greenham pioneers of peaceful protest and hopes to inspire a new generation of activists.

Kate is a freelance writer, researcher and educator. She won The Jerwood Charitable Foundation’s Playwright’s Award and is Founding Editor of online publication The Heroine Collective.

Rebecca has worked in TV, radio and theatre. She founded Scary Little Girls Theatre Co in 2002, has worked with CND and the Reclaim The Night march, and has appeared on 5 Live, Radio 4 and Sky News.