Pro Se: On My Own (Paperback) 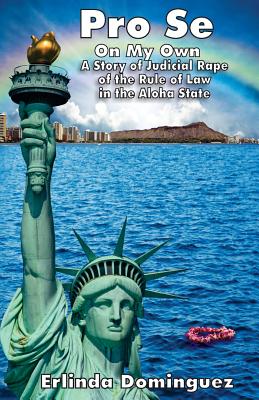 A recent true story that happened in Hawaii, the 50th state of this nation. Author was sued for legal malpractice. The trial judge who was married to one of author's ultimate legal opponents failed to disclose her conflict and be recused. An influential justice who decided the appeal was the law partner of the attorney who sued her. Portions of the court transcripts in the book literally show the negative and destructive emotions of the ruling class against the author, while they ignored their severe conflicts of interest and refused to be recused. And they are totally immune from liability. Often, courts are the arenas to cover the truth and trash the Constitution to protect personal interest of the powerful. The author's legal battles and desperate plights are documented in this book. Step by step, the reader will know what happens in the lawyers' offices, in judges' chambers, inside a courtroom regardless of the evidence and the law-- including events too unbelievable in the eyes of the laypeople public. The book offers easy understanding of legal and technical words. It is educational for laypeople, even for many lawyers and perhaps, some judges..