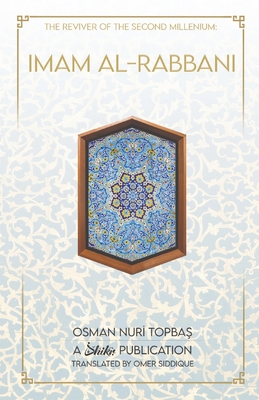 In 1582 C.E, when Mughal Emperor Akbar declared his new religion - Din-i ilahi or the 'Religion of God', combining elements of Islam and Hinduism as well as other religions -among the notable Muslim scholars who stood up to preserve the faith of the common people was the great Imam, Ahmed Sirhindi. Given the titles of al-Imam al-Rabbani and Mujadid (Reviver) of the second (hijri) millennium, his life was expended in preserving the sound, orthodox beliefs of Islam as well as upholding the Sunnah of the Prophet (peace and blessings be upon him).

His efforts saw Islam not only maintaining its foothold but spreading across the sub-continent, Central Asia and Asia Minor. It is hoped this translation into English from the works of respected Turkish scholar, Osman Nuri Topbas, can be a gentle introduction to the life and letters of this great Imam, whose life has otherwise been relatively overlooked.