The Punishment She Deserves: A Lynley Novel (Hardcover) 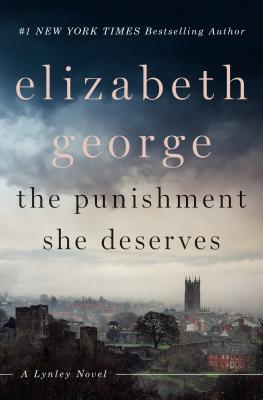 By Elizabeth George
$28.00
UNAVAILABLE-Possible Reasons: Backordered, Out-of-Stock, or Out-of-Print (But email us to search for a copy.)

Detective Sergeant Barbara Havers and Detective Inspector Thomas Lynley are forced to confront the past as they try to solve a crime that threatens to tear apart the very fabric of a quiet, historic medieval town in England

The cozy, bucolic town of Ludlow is stunned when one of its most revered and respected citizens--Ian Druitt, the local deacon--is accused of a serious crime. Then, while in police custody, Ian is found dead. Did he kill himself? Or was he murdered?

When Barbara Havers is sent to Ludlow to investigate the chain of events that led to Ian's death, all the evidence points to suicide. But Barbara can't shake the feeling that she's missing something. She decides to take a closer look at the seemingly ordinary inhabitants of Ludlow--mainly elderly retirees and college students--and discovers that almost everyone in town has something to hide.

A masterful work of suspense, The Punishment She Deserves sets Detective Sergeant Barbara Havers and Inspector Thomas Lynley against one of their most intricate cases. Fans of the longtime series will love the many characters from Elizabeth George's previous novels who join Lynley and Havers, and readers new to the series will quickly see why she is one of the most popular and critically acclaimed writers of our time. Both a page-turner and a deeply complex story about the lies we tell, the lies we believe, and the redemption we need, this novel will be remembered as one of George's best.

Elizabeth George is the New York Times bestselling author of twenty psychological suspense novels, four young adult novels, one book of nonfiction, and two short-story collections. Her work has been honored with the Anthony and Agatha awards, two Edgar nominations, and both France's and Germany's first prize for crime fiction, as well as several other prestigious prizes. She lives in Washington State.

Praise for The Punishment She Deserves

“Rich with descriptive detail and emotional nuance. Several alternating plot threads unspool at length, all of which weave tightly together with pleasing inevitability. . . . What has been said before deserves repeating: From suspense to social commentary, from violence to pathos, from villainy to possible redemption, Ms. George can do it all, with style.”
—Wall Street Journal

“Elizabeth George has created journeys for Havers and Lynley before and this, yet again, falls among the ‘must reads’ in the suspense world. For new readers getting onboard and for those who have loved these characters for a while now, this book is one you do not want to miss.”
—Suspense Magazine

“Bolstered by George’s polished prose, the twentieth Lynley mystery moves briskly along, showing the author at the peak of her powers.”
—Booklist (starred review)