Bottoms Up and the Devil Laughs: A Journey Through the Deep State (Hardcover) 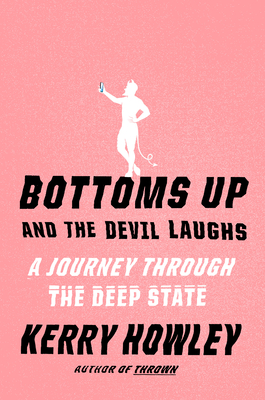 From the acclaimed author of Thrown, the true story of a young NSA analyst who stuffs a state secret under her skirt and kicks off a wild series of events only possible in post-privacy America

Who are you? You are data about data. You are a map of connections—a culmination of everything you have ever posted, searched, emailed, liked, followed, and clicked. In this daringly inventive, hilariously dark work of narrative nonfiction, Kerry Howley builds a map of a parallel universe, drawing in Reality Winner, John Walker Lindh, a rescue dog named Outlaw Babyface Nelson, Edward Snowden, Q, Lady Gaga, and a mother who will do whatever it takes to get her daughter out of jail. A soap opera set in the deep state, Bottoms Up and the Devil Laughs is a profound meditation on what it means to live in a world where we are never allowed to forget.

KERRY HOWLEY is a feature writer at New York magazine and the author of Thrown, a New York Times Editors’ Choice and pick for best-of-the-year lists in Time, Salon, Slate,and many other venues. Her work has appeared in The Paris Review, Best American Sportswriting,The New York Times Magazine, and Harper’s. A Lannan Foundation Fellow, she holds an MFA from the University of Iowa, where she was an assistant professor at the celebrated Nonfiction Writing Program until joining New York. She lives in Los Angeles.