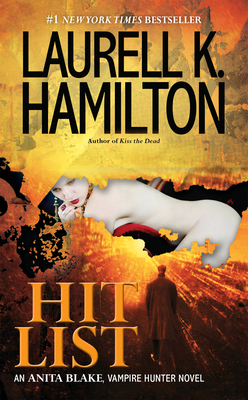 By Laurell K. Hamilton
$7.99
UNAVAILABLE-Possible Reasons: Backordered, Out-of-Stock, or Out-of-Print (But email us to search for a copy.)

This is book number 20 in the Anita Blake, Vampire Hunter series.

A serial killer is hunting the Pacific Northwest, murdering victims in a gruesome and spectacular way. The local police suspect “monsters” are involved, and have called in Anita Blake and Edward, U.S. Marshals who really know their monsters, to catch the killer.

But some monsters are very real—and even to speak their name can earn you a death sentence. The bogeymen of the vampire world, The Harlequin, are here in America hunting weretigers and human police. But Edward thinks the serial killings are just a trap—to lure Anita ever closer to the most dangerous vampire they’ve ever hunted…

Laurell K. Hamilton is a full-time writer and the #1 New York Times bestselling author of the Anita Blake, Vampire Hunter series and the Merry Gentry series. She lives in a suburb of St. Louis with her family.

“Those who like a plot that moves at the pace of a runaway locomotive will be delighted with this 20th installment of the Anita Blake series.”

“As punchy as her first foray…Hamilton goes back to basics and delivers a sleek, hard-boiled page-turner.”