The Yoga Sutras of Patanjali: The Book of the Spiritual Man (Paperback) 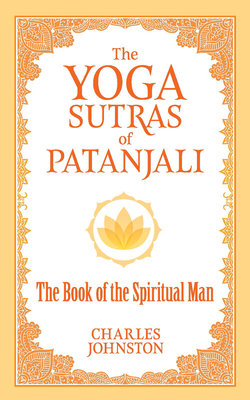 By Charles Johnston
$8.95
On Our Shelves Now

This ancient text represents one of yoga's most influential and important works. Dating back to India of the second century B.C., the yoga sutras constitute a complete manual for the study and practice of the philosophical system. The sutras, or threads, are aphorisms of wisdom that offer guidelines to living a meaningful and purposeful life. This volume explains the eight limbs of the discipline: restraint, observances, posture, breath control, withdrawal from the senses, attention, meditation, and stillness.
Little is known about the life of Patanjali beyond the assumption that he was a contemporary of the Buddha. Charles Johnston, an immensely learned scholar of Eastern traditions, offers modern readers a straightforward translation of Patanjali's writings. This easy-to-follow interpretation will prove a rewarding companion to yoga students, participants in teacher-training programs, and students of Eastern philosophy.

Irish author Charles Johnston (1867-1931) was a scholar of Oriental studies and a classmate of William Butler Yeats, with whom he co-founded Dublin's Theosophical Lodge in 1886. He studied Sanskrit, Russian, and German and translated many works, devoting himself mainly to philosophical and theosophical texts.