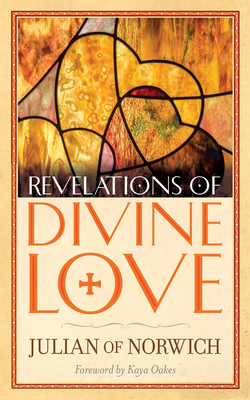 By Julian Of Norwich, Kaya Oakes (Foreword by)
$14.95
On Our Shelves Now

The fourteenth-century anchorite known as Julian of Norwich offered fervent prayers for a deeper understanding of Christ's passion. The holy woman's petitions were answered with a series of divine revelations that she called "shewings." Her mystic visions revealed Christ's sufferings with extreme intensity, but they also confirmed God's constant love for humanity and infinite capacity for forgiveness.
Julian of Norwich's Revelations of Divine Love have had a lasting influence on Christian thought. Written in immediate, compelling terms, her experiences remain among the most original and accessible expressions of medieval mysticism. This edition contains both the short text, which is mainly an account of the shewings and Julian's initial analysis of their meaning, and the long text, completed some 20 years later and offering daringly speculative interpretations.

The 14th-century author of this book was a recluse and spiritual counselor who dwelt at the Church of St. Julian in Norwich, England. She briefly chronicled her visions of Christ's suffering and love immediately after their occurrence and expanded her writings some 20 to 30 years later. Considered a saint in the Anglican Church, she has not been canonized in the Roman Catholic Church, although she is revered as a holy woman.