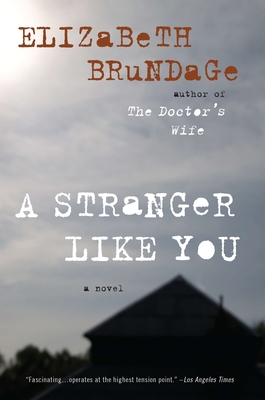 By the acclaimed novelist of All Things Cease to Appear

Hedda Chase is a top-flight executive producer at Gladiator Films, fast-tracked in the business since she graduated from Yale. An aggressive businesswoman, she recently pulled the plug on a film project initiated by one of her predecessors. The screenwriter on the project was Hugh Waters, a wannabe with a dead-end marriage and a day job at an insurance company. This script was his ticket out-until Hedda tampered with his plans, claiming his violence was over the top, his premise not credible, and his ending implausible. Hugh decides to prove otherwise by staging his script’s ending and casting Hedda Chase as the victim. He flies to Los Angeles and finds Hedda, kidnaps her, and locks her in the trunk of her vintage BMW in the parking lot at LAX. He leaves the keys in the ignition, the parking ticket on the dash, and lets “destiny” take its course.

This is the set-up for a troubling, smart, deadly look at women and images of women, at media as a high-stakes game and the selling of a war as theatre. Brundage’s Los Angeles is a casual battleground that trades carelessly in lives and dreams. As always, her characters are complicated, surprising, and intense in this high velocity, provocative novel.

ELIZABETH BRUNDAGE is a graduate of the Iowa Writers’ Workshop, where she earned an MFA in fiction and a James Michener award. Her short fiction has been published in the Greensboro Review, Witness Magazine, and New Letters, and she contributed to the anthology Thicker Than Blood: I’ve Always Meant to Tell You, Letters to Our Mothers. Her most recent novel is All Things Cease to Appear.

“Intense, provocative thriller about power, war, and the portrayal of women in film.”—Publishers Weekly (starred review)

“Brundage excels at pushing her characters to their limits and then reflecting on the consequences of their behavior.”—Booklist

“Brundage is an astonishing writer... This is the best novel I’ve read about the underbelly of Hollywood since ‘The Day of the Locust.’”— Cleveland Plain Dealer

“Elizabeth Brundage is the real thing—an ambitious, serious novelist… I couldn’t stop turning the pages of this action-packed, poetic, large-souled novel. And I closed it with a pounding heart.”—Sheila Weller, bestselling author of Girls Like Us

“A disturbingly believable thriller that catches you in a spider web of blind ambition, karma, and cinema dreams. Brundage perfectly captures the laid-back perniciousness of L.A. and the dark heart of the movie biz. It’s a 21st-century ‘noir’ that takes you on a journey that leaves you fearful for yourself. Brundage is a singular talent.”—Dirk Wittenborn, author of Pharmakon, or The Story of a Happy Family