The Lord of the Rings (Hardcover) 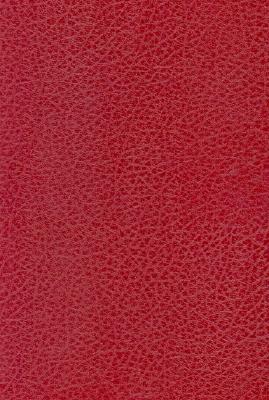 A one-volume collector's edition boxed and bound in handsome red leatherette with gold, green, and blue foil stamping, two-color text setting, and large format fold-out maps containing the complete texts of The Fellowship of the Ring, The Two Towers, and The Return of the King, and six appendices. One Ring to rule them all, One Ring to find them, One Ring to bring them all and in the darkness bind them. In ancient times the Rings of Power were crafted by the Elven-smiths, and Sauron, The Dark Lord, forged the One Ring, filling it with his own power so that he could rule all others. But the One Ring was taken from him, and though he sought it throughout Middle-earth, it remained lost to him. After many ages it fell, by chance, into the hands of the hobbit, Bilbo Baggins. From his fastness in the Dark Tower of Mordor, Sauron's power spread far and wide. He gathered all the Great Rings to him, but ever he searched far and wide for the One Ring that would complete his dominion. On his eleventy-first birthday Bilbo disappeared, bequeathing to his young cousin Frodo the Ruling Ring and a perilous quest -- to journey across Middle-earth, deep into the shadow of the Dark Lord, and destroy the Ring by casting it into the Cracks of Doom. The Lord of the Rings tells of the great quest undertaken by Frodo and the Fellowship of the Ring: Gandalf the Wizard, Merry, Pippin, and Sam, Gimli the Dwarf, Legolas the Elf, Boromir of Gondor, and a tall, mysterious stranger called Strider.

"A unique, wholly realized other world, evoked from deep in the well of Time, massively detailed, absorbingly entertaining, profound in meaning." The New York Times

"So relevant to the actual human situation yet so free from allegory . . . What fine shading there is in the variations of style to meet the endless diversity of scenes and characters." -- C. S. Lewis

"Among the greatest works of imaginative fiction of the twentieth century." --- Sunday Telegraph