Whistling Vivaldi: And Other Clues to How Stereotypes Affect Us (Issues of Our Time) (Hardcover) 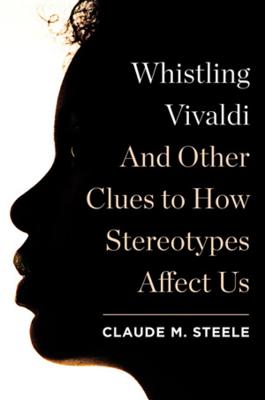 Through dramatic personal stories, Claude Steele shares the experiments and studies that show, again and again, that exposing subjects to stereotypes—merely reminding a group of female math majors about to take a math test, for example, that women are considered naturally inferior to men at math—impairs their performance in the area affected by the stereotype. Steele’s conclusions shed new light on a host of American social phenomena, from the racial and gender gaps in standardized test scores to the belief in the superior athletic prowess of black men. Steele explicates the dilemmas that arise in every American’s life around issues of identity, from the white student whose grades drop steadily in his African American Studies class to the female engineering students deciding whether or not to attend predominantly male professional conferences. Whistling Vivaldi offers insight into how we form our senses of identity and ultimately lays out a plan for mitigating the negative effects of “stereotype threat” and reshaping American identities.