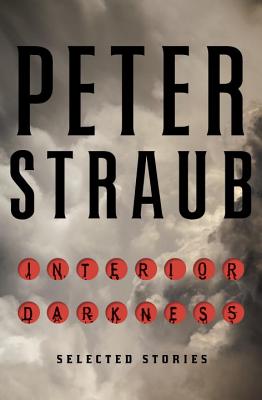 By Peter Straub
Email or call for price.
Out of Print

"If you care about the short story, you should read this book, and watch a master at work.”
--Neil Gaiman

An American icon renowned for his bestselling novels, Peter Straub displays his full and stunning range in this crowning collection. He has consistently subverted the boundaries of genre for years, transcending horror and suspense to unlock the dark, unsettling, and troubling dissonances that exist on the edges of our perception. Straub’s fiction cracks the foundation of reality and opens our eyes to an unblinking experience of true horror, told in his inimitable and lush style with skill, wit, and impeccable craft.
With uncanny precision, Straub writes of the city and of the Midwest, of the depraved and of the righteous, of the working class and of the wealthy—nothing and no one is safe from the ever-present darkness that he understands so well. “Blue Rose” follows the cycles of violence and power through the most innocent among us, leading to a conclusion that is audacious and devastating. In the darkly satirical masterpiece “Mr. Clubb and Mr. Cuff,” a stern estate lawyer known as the Deacon hires a pair of “Private Detectives Extraordinaire” to investigate and seek revenge on his unfaithful wife. “The Ballad of Ballard and Sandrine” follows a man and his much younger lover as they explore their decadent and increasingly sinister fantasies aboard a luxurious yacht on the remotest stretch of the Amazon River.
Interior Darkness brings together sixteen stories from twenty-five years of dazzling excellence. It is a thrilling, highly entertaining, and terrifying testament to the prodigious talent of Peter Straub.

PETER STRAUB is the New York Times bestselling author of more than a dozen novels, most recently A Dark Matter. In the Night Room and Lost Boy, Lost Girl are winners of the Bram Stoker Award, as is his collection 5 Stories. Straub is the editor of numerous anthologies, including the two-volume The American Fantastic Tale from the Library of America. He lives in Brooklyn.

“Since the publication of Ghost Story in 1979, Peter Straub has been one of the dominant figures in contemporary horror fiction. Like his friend and occasional collaborator Stephen King, he has taken on a marginalized subgenre and elevated it, demonstrating, in the process, its largest, darkest possibilities. There may be no better introduction to Straub’s accomplishments than this new, aptly titled career retrospective…Interior Darkness is a book for those who think they dislike horror, as well as for those who love and respect the genre. Filled with terror, wit and unexpected grace notes, it’s a remarkable achievement that reflects the arc of a lengthy and celebrated career.”
--The Washington Post

“Peter Straub's shorter fictions are like tiny novels you drown in: perfectly pitched, terrifyingly smart, big-hearted, dangerous, and even cruel. Interior Darkness shows off his range, his intelligence, his bravery and, sometimes, at the edges, allows glimpses of his fierce sense of humour. Straub deploys a host of voices that cajole and whisper and talk to you from the darkness. If you care about the short story, you should read this book, and watch a master at work.”
--Neil Gaiman, author of The Ocean at the End of the Lane

“There is nothing conventional or familiar in Peter Straub’s exquisitely unsettling stories. Questions of genre be damned; Interior Darkness embraces a dizzying array of literary styles and structures and defies easy categorization.  What a thrill to read an audacious storyteller writing at the very top of his game.”
--Bill Clegg, author of Did You Ever Have A Family

"Though he's one of the most successful practitioners ever of the art of scary stories, Peter Straub has never been satisfied with its common limits. These stories show him ranging far and high into the uplands of literary fiction without ever leaving behind the dark impulses and fears that make his work so powerful."
--John Crowley, author of Little, Big and the Aegypt Cycle

"If the only mass-market horror writer you've ever read is Stephen King, you owe it to yourself to check out Peter Straub....These stories take a while to work on you. Reflection and rereading is sometimes necessary. But nobody said art is always easy and readers who invest in this collection will feel more rewarded than not."
--Associated Press

“There’s a twisted beauty, a bracing taste for experimentation and a chilly sense of humor in Straub’s shorter fiction. Even if we can’t always tease out a definitive meaning from every selection in “Interior Darkness,” rarely do the stories fail to provide a tantalizing view of the darkest reaches of the imagination.”
--San Francisco Chronicle

"Within the collection there’s an evolution of thematic concerns and an increasing willingness to experiment with form without sacrificing Straub’s trademark narrative drive, his impeccable style, his fierce wit and deep empathy for his characters, or his ability to move his readers. Peter’s stories hit you with a bouquet of flowers and a cudgel at the same time."
--Los Angeles Review of Books

“This outstanding collection of 16 reprints highlights what makes Straub such a master of genre-bending horror and suspense, and it’s an effective introduction for readers new to his considerable body of work…Straub has a proven knack for black humor, and he coaxes the nightmarish out of the mundane with startling ease. This is a powerful collection from an enduring favorite in literary chills.”
--Publishers Weekly (starred review)

“Straub’s stories stopped me in my tracks, often with a chuckling grimace, and forced me to take stock anew of a world I wrongly thought I understood….Straub is a funny, engaging, quick man, with a dark restless mind, a cantankerous streak, and lacerating self-awareness.”
--ElectrictricLiterature.com, Adrian Van Young

"A must-read for the author’s fans and a perfect introduction for anyone new toStraub’s brilliantly original and unsettling brand of fiction."
--Booklist