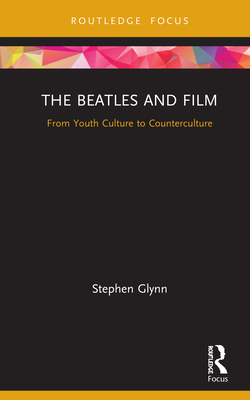 By Stephen Glynn
UNAVAILABLE AT THIS TIME (Possible reasons: Backordered, Out-of-Stock Indefinitely, or Print-on-Demand only)
Usually Ships in 2-7 Days
(This particular book is non-returnable)

This concise yet comprehensive study explores the emblematic journey by four young men from Liverpool from the epicentre of teen-led youth culture to the experimentation of the counterculture and beyond.

Beginning with the celebration of Britain's own 'youthquake' in the joyous and genre-shifting A Hard Day's Night (1964), the author delves into how the Beatles' film work allows us to chart their subsequent musical maturation and retreat from the tribulations of stardom in Help , their tentative attempts at improvised filming in the televised Magical Mystery Tour (1967), their acceptance of cartoon representations as leaders of the hippie counterculture in Yellow Submarine (1968), and the final implosion of their musical dynamic in the recording studios of Let It Be (1970). The book analyses how, as they grew with their fanbase, the Beatles' films alternate stylistically between mimetic representation and allegorical interpretation, and switch narratively between fan-filled and welcoming worlds, to films relaying introspection and isolation.

Offering an in-depth case study of the successes and failures of British youth culture in a volatile decade, The Beatles and Film is an engaging text for both scholars and general readers alike.

Stephen Glynn lectures in Film and Television at De Montfort University. His research specialisms are in British film genres and the interconnections between film and popular music. Previous monographs on cinema and youth culture range from the general, The British Pop Music Film (London: Palgrave Macmillan, 2013), to the specific, A Hard Day's Night (London: IB Tauris, 2005) and Quadrophenia (London and New York: Wallflower, 2014).