Letters to the Citizens of the United States (Paperback) 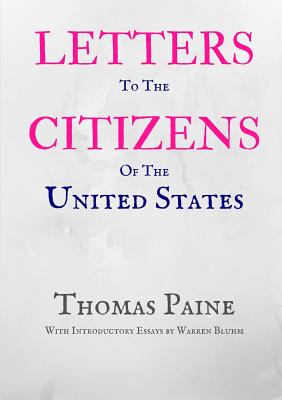 Even as the ink began to dry on the Declaration of Independence proclaiming a break from the tyranny of European-style government, a faction began plotting to re-forge the chains and re-establish Europe in the new world. When Thomas Paine returned to the United States in 1802 after a decade and a half abroad, he saw the leftover effects of a presidential administration who didn't trust the people to exercise the blessings of liberty appropriately. And so he wrote a series of eight letters, seven of them in fairly quick succession, with his thoughts about revolution, liberty and the state of the young nation he helped create. These letters remain relevant to this day.