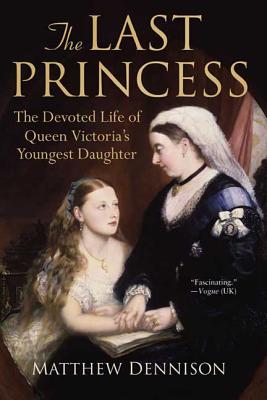 Beatrice was the last child born to Queen Victoria and Prince Albert. Her father died when she was four and Victoria came to depend on her youngest daughter absolutely, and also demanded from her complete submission. Beatrice succumbed to her mother's obsessive love, so that by the time she was in her late teens she was her constant companion. Although Victoria tried to prevent Beatrice from even so much as thinking of love, her guard slipped when Beatrice met Prince Henry of Battenberg. Sadly, Beatrice inherited the hemophilia gene from her mother, which she passed on to two of her four sons and which her daughter Victoria Eugenia, in marrying Alfonso XIII of Spain, in turn passed on to the Spanish royal family. This new examination will restore her to her proper prominence—as Queen Victoria's second consort.

Matthew Dennison is the author of The Last Princess: The Devoted Life of Queen Victoria's Youngest Daughter and Livia, Empress of Rome. A journalist, he contributes to The Times, The Daily Telegraph, Country Life, and The Spectator. He is married and lives in London and North Wales.

“[Dennison's] compassion for his subjects is obvious.” —Publishers Weekly

“A colourful peephole into Victorian times, as well as the peculiar ways of royalty.” —The Herald (UK)

“Dennison tells a sorry, complex story with tact and sympathy.” —The Times (UK)

“An engaglingly sympathetic, balanced and intelligent biography.” —The Spectator (UK)

“Matthew Dennison has researched assiduously in the Royal Archives at Windsor. He writes well.” —Independent on Sunday (UK)

“This is an old fashioned biography about an old-fashioned subject. At a time when non-fiction writers are desperately thinking up fancy new ways to tell stories, there's something rather comforting about a narrative that has no embarrassment in starting at the beginning.” —The Guardian (UK)

“It is an enthralling story, not just of a mother-daughter relationship but that of a monarch and her favourite subject.” —Majesty Magazine (book of the month) (UK)

“Dennison's biography is an engrossing tale of a mother and daughter who were also a queen and her subject.” —The Good Book Guide (UK)