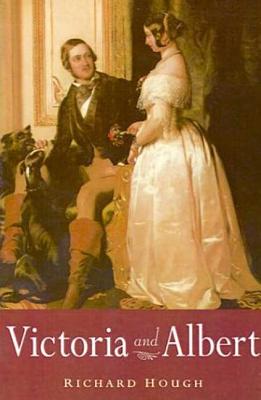 This fascinating biography, full of new and original material from a noted British historian, chronicles the life of Queen Victoria and the passionate love she shared with the German Prince Albert. Victoria's reign embraced the industrialization of Britain, the creation of numerous inventions, and advances in transport undreamed of when she had come to the throne as a girl of barely eighteen years. Above all, the morality and style of living were transformed. Gone were the days of the raffish, improvident Hanoverian kings whose behavior tended to be emulated by the people. For twenty-one years of Victoria's reign she was married to a German prince who was as determined "to be good" as the queen. Prince Albert was as responsible for the nation's renaissance as the monarch herself. He might have been the butt of the aristocracy, but that in no way diminished his influence. Victoria and Albert had nine children and became the archetype of the nineteenth-century family. But the outside world knew nothing of the passionate and turbulent relationship between the queen and her prince consort. Thunderous rows grew from the most trivial origins and threatened to tear the two apart, but always the sun of reconciliation and love finally broke through the storms.